Collaborate brought together entrepreneurs, government employees and technologists for two days of creative thinking. Here’s what we got from it — and who we met. 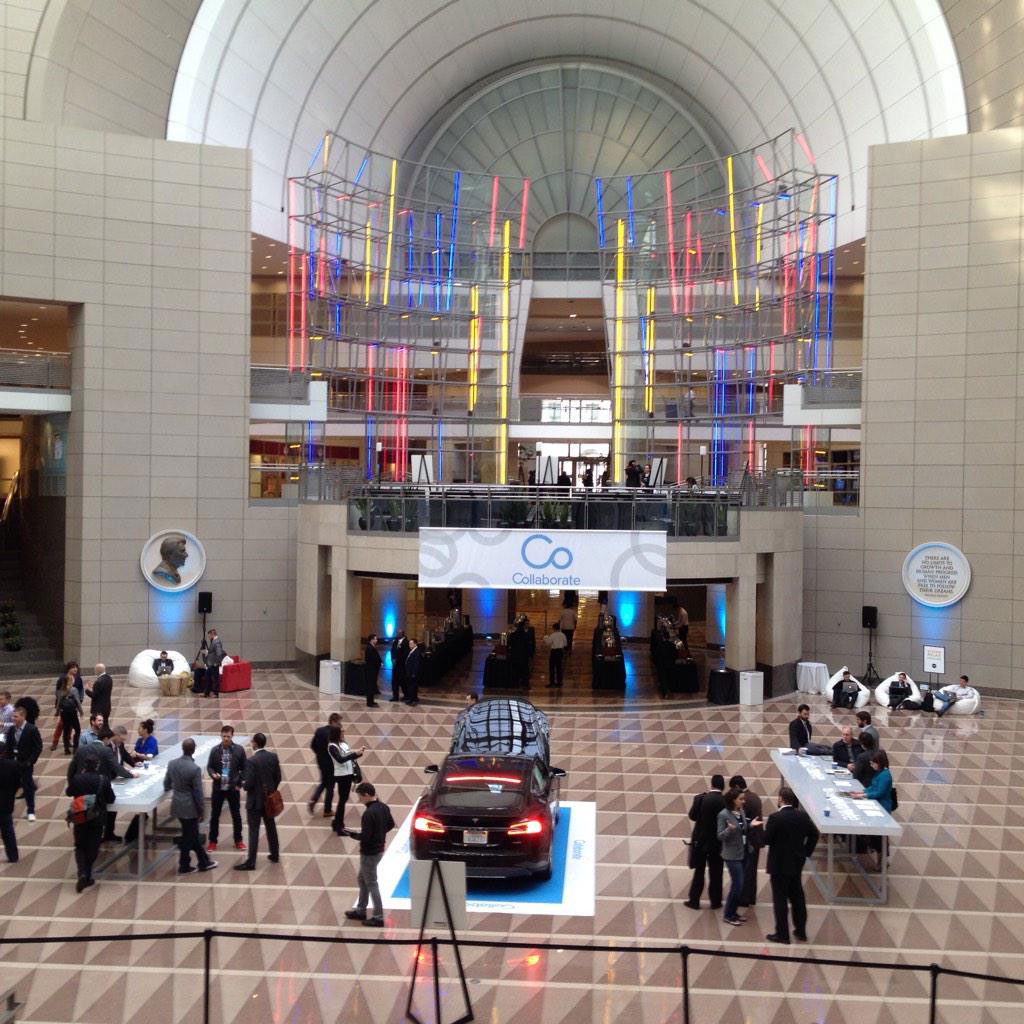 Tom Chi, the cofounder of Google X, wasn’t wearing Google Glass when he spoke at Fosterly’s first ever Collaborate conference on Friday. But he came with a piercing vision for marrying efficiency and creativity, particularly within large organizations.

“Doing is the best type of thinking. Thinking is the worst way to think.” TOM CHI

The first prototype for Google Glass, he said, was pieced together in about three hours, from parts that included a coat hanger and the stretchable fabric high school kids use to cover their textbooks.

But that came after way too many hand-wringing sessions over questions like Glass’s display colors, he said.

And that’s because organizations — even the top thinkers at Google — spend too much time planning and not enough fiddling with a real, actionable prototype.

“Doing is the best type of thinking,” said Chi. “Thinking is the worst way to think.” 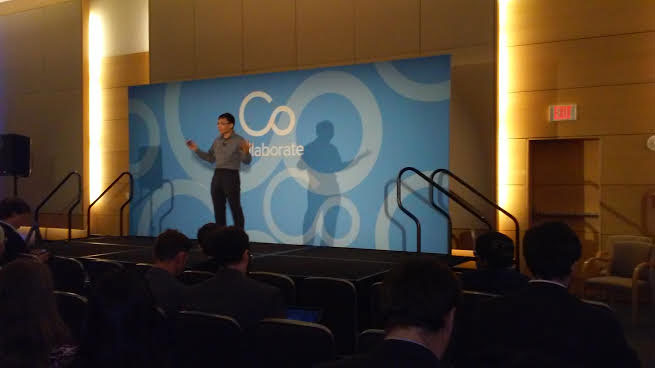 (He also revealed the existence of a document entitled “What will it take to get Google in your brain?” and the fact that Yahoo does employ smart people: “I don’t know what they’re getting to do, but they’re there.”)

So, what’s a good way for large organizations to cut to the chase? Through rapid prototyping: putting the developer and designer in a room, to face a stream of nonnegotiable feedback from users, all the while coding and rebuilding the project.

The flow of reinvention is meant to free the creators from the Scylla and Charybdis of “deck dilution” and excessive attachment to one iteration of the project, allowing them to push forward with interesting new ideas.

The government also made an appearance.

The U.S. Agency for International Development (USAID) announced a $100,000 prize for the best software to track and trace books in low-income countries. The initiative by All Children Reading, a partnership between USAID and the Australian government, follows a similar challenge announced last February for technology that could help authors create reading material for children in their local languages. More info on the grants here.

And here are 15 startups we met or caught up with during the two-day conference of roundtables, presentations and keynote speakers (including Chi, Katie Harbath of Facebook and the CTO of the U.S.A., Megan Smith):

Aquicore, the company that helps buildings monitor their gas and water use in real time, won a Digital DC Tech Fund grant in October. They told us they’re now equipping the D.C. government and had their first international client.

Budget Referee is a pre-launch, Mint.com-like product that aims to use historical and predictive data to make live-updated recommendations and just-in-time suggestions to help make better habits. The founder is based in Reston, Va.

Eastern Foundry, the incubator for small government contractors, is 96 percent full. It’s looking to expand on another floor.

Every1’s Guide Press is a collection of ebooks that could grow into a digital archive of advice on building better electronic contracts, like those for app terms of use, website privacy agreements, SMS text service clauses and the like, said founder and lawyer Charles Martin.

Govlish, a one-man project to define all the lingo in federal government.

Her Farm App, a passion project from Sheila Flick that helps women farmers find the programs, grants and other initiatives available to them.

HiRise is an in-shop app developed by a handful of Jones Lang Lasalle disruptors. It will facilitate the leasing process by streamlining the search and document-signing process onto a single platform.

Kinglet. Keep an eye out for the small-space leasing platform; it’s getting ready to launch in the D.C. market.

Measure is the personal planner for businesses seeking to use drones without buying an entire fleet.

On Second Thought is the text-delaying app that lets you retract a slip of the finger. Founder Maci Peterson told us she was working on the rollout of a curfew option — for those nights when you should just step. Away. From the phone.

Potomac Piranhas is a nonprofit group of investors and business leaders that private equity guy Gore Bolton has brought together, focusing on entrepreneurs aiming to impact the Potomac Watershed.

Switchit is an app that will make business cards unnecessary by making it simpler to share contact information.

Transit Labs is a startup that analyzes transportation data for transit systems. It is currently analyzing historical data on the Highway Trust Fund.

Whyttle is “Facebook Groups without the baggage and Reddit without the snark,” said founder Martin Levine. Started in 2012 and launched in June 2014, the platform has 500 active accounts and more than 4,000 users, he said. We covered here a charity fundraiser they hosted, through which they’ve given some $2,500 already. Check out the Whyttle DC Startup Scene group.

Original article written & published on January 29, 2015 by:
Lalita Clozel
The power of rapid prototyping, and other things we learned at Collaborate

Lalita Clozel was the former Technical.ly DC Lead Reporter. She has written for OpenSecrets.org, the Los Angeles Times and Philadelphia City Paper.